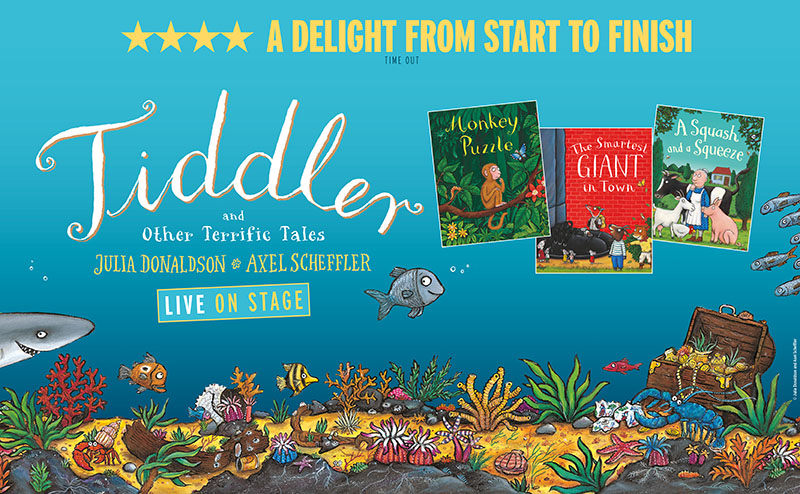 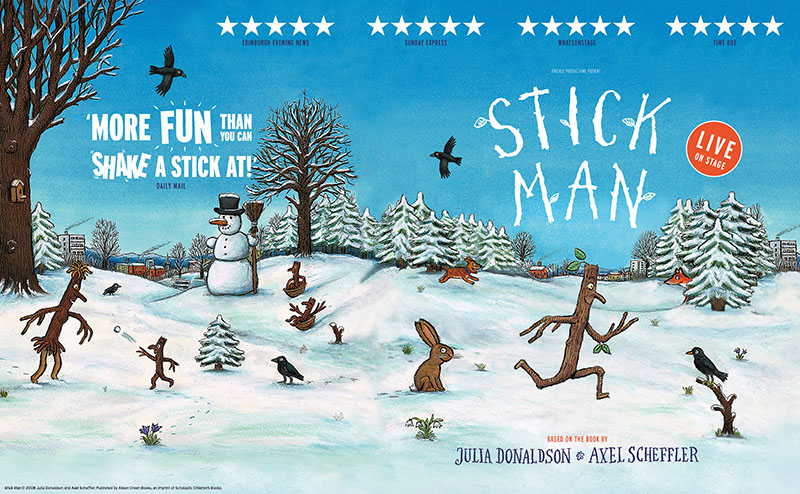 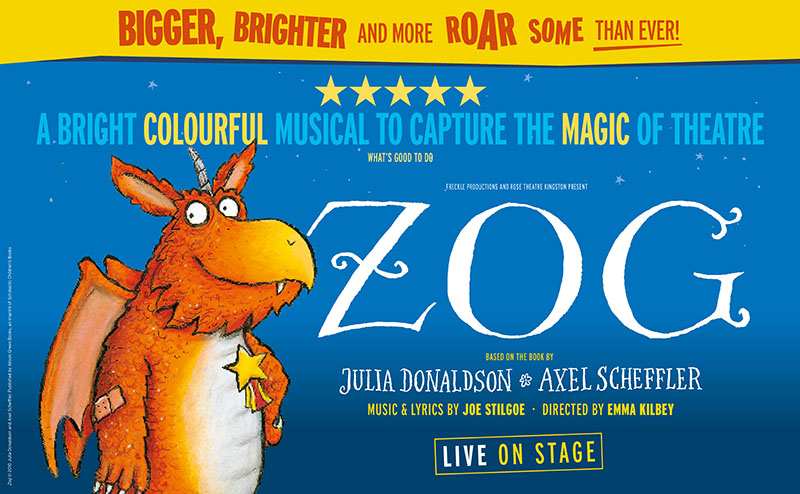 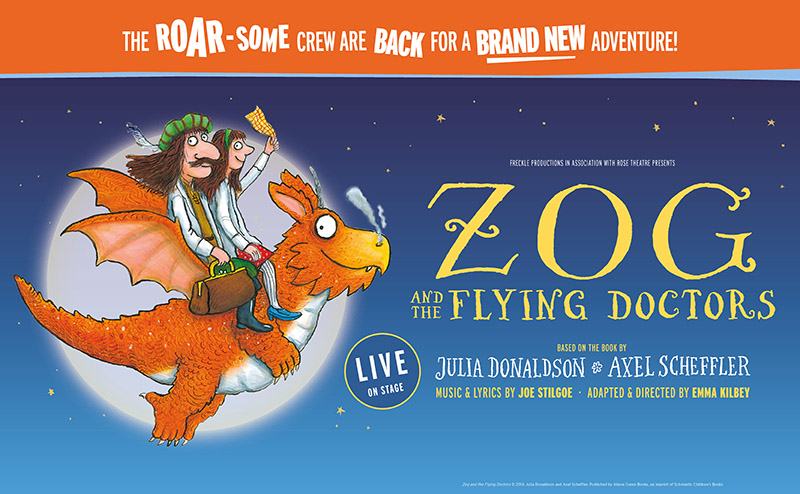 "I can’t wait to see what Freckle will do next – they just keep excelling themselves!"
Rock n Roller Baby
"Thousands of children laughing and falling in love with theatre."

FRECKLE PRODUCTIONS specialise in producing superb theatre shows for children, based on books by the brilliant Julia Donaldson and Axel Scheffler.

ZOG was made in 2020 to major acclaim, before theatres closed, and was remounted this summer to glowing audience reviews.

STICK MAN has toured nationally and played London’s West End for ten years. Originally directed by Sally Cookson and designed by Katie Sykes, it is currently directed by Mark Kane…who was the original Stick Man and who has worked extensively with Sally Cookson as an Associate.

TIDDLER AND OTHER TERRIFIC TALES which also features Monkey Puzzle, The Smartest Giant in Town & A Squash and a Squeeze has toured for several years. This delightful mid-scale show features clowning, songs and endlessly inventive props and costumes. Tiddler will tour in Spring 2022 followed by a run at Cadogan Hall in London.

A brand new version of TABBY MCTAT will tour in 2023 and is currently being booked for tour dates in June and July with a planned run at Cadogan Hall, London in August.

'The fast-paced show, filled with music and laughter, was a real treat'.
Bristol Post for Tabby McTat - Sept 2019
'The children were hooked from the very beginning. Five stars.'
The Edinburgh Reporter for Stick Man - Sept 2019

In 2016 Jennifer founded Freckle Productions with a view to creating a wider variety of productions – both fiction and non-fiction for children, young people and families.

Jennifer has 20 years of producing experience in the commercial sector. She co-founded the multi award-winning Scamp Theatre in the early noughties. Bringing a range of theatrical live performance to audiences of all ages, with an increased focus on the adaption of children’s literature they had a superb track record in theatre production in London, on tour and at the world’s leading venues and festivals. Production highlights include:

Jennifer has enjoyed co-producing work with the National Theatre, Barrow Street Theater New York, Sydney Opera House, Melbourne Comedy Festival, New Zealand Festival, Fiery Angel, Bristol Old Vic, Underbelly and many other UK producers and venues. She has general managed a wealth of international talent coming to the UK and the West End, including: Bunk Puppets Australia, Barrow Street Theater NY, Axis Theatre NY, Narrativ NY, Playwrights Arena LA, Fabrik Berlin, amongst many others. Jennifer has mentored an amazing selection of young producers and creatives and was a creative producer for Arts Council England East for 2 years. She has worked as a consultant with several large brands with a view to bringing their work into the live theatre sector.

Freckle is one of the leading producers of work for children and their families in the UK. Jennifer looks forward to the company continuing to tour and create new and inspirational work for audiences here and abroad.

Betty joined the Freckle team in 2019 after graduating with a First Class Honours Degree in Musical Theatre from London College of Music.